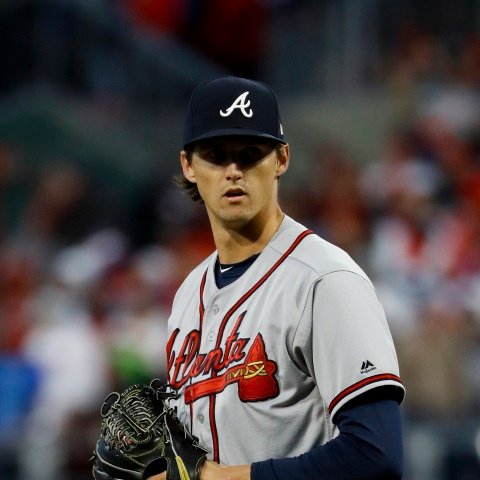 Kyle Wright on hill Thursday as Braves go for sweep

Atlanta Braves pitcher Kyle Wright is the starting pitcher for Game 3 of the National League Division Series on Thursday afternoon against right-hander Sixto Sanchez and the Miami Marlins.

Wright will be making his first postseason appearance as the Braves attempt to sweep the Marlins and advance to the National League Championship Series. The right-hander had a 2.37 ERA with 14 strikeouts and 9 walks in 19 innings over his final three starts of the regular season. The Braves are using the same lineup as the first two games of the series: Ronald Acuna CF, Freddie Freeman 1B, Marcell Ozuna DH, Travis d'Arnaud C, Ozzie Albies 2B, Dansby Swanson SS, Adam Duvall LF, Nick Markakis RF, Austin Riley 3B.

numberFire's models project Wright for 24.9 FanDuel points on Thursday and he has a salary of 9,200.