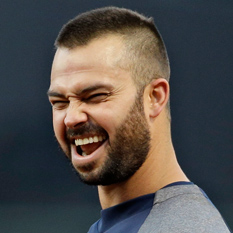 Swisher spent 2015 with the Indians and Braves, and will now get a chance to make his way back to New York, where he spent four of his most productive years. The veteran slugger has only hit 14 home runs in his last two seasons, but he hit 105 in his four years in New York from 2009 to 2012.

Swisher was terrible in 76 games with the Indians and Braves last season, posting a wOBA of .285. His slash line was only .196/.312/.320 last season, and his average and slugging percentage were career-lows.