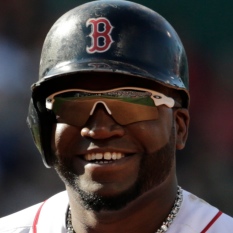 Boston Red Sox designated hitter David Ortiz went 0-for-1 with a sacrifice fly and two walks in the final game of his career Monday night against the Cleveland Indians in Game 3 of the American League Divisional Series.

Ortiz drew a walk in what turned out to be the final plate appearance of his 20-year career. He was pulled for a pinch-runner before the Red Sox ultimately fell to the Indians in Game 3 of the ALDS. Following the loss, a visibly emotional Ortiz returned to the field, tipping his cap to the Fenway crowd and Boston faithful, soaking it all in for one last time.