Memphis Grizzlies power forward Brandon Clarke is doubtful to play on Friday against the New Orleans Pelicans due to left hip soreness.

Clarke was previously considered a game-time decision after missing the morning shootaround, but it looks like he won't be able to play on Friday evening. Kyle Anderson is a candidate to start in place of Jaren Jackson Jr. (suspension) and figures to see the biggest boost. Josh Jackson and Solomon Hill could also see more run. 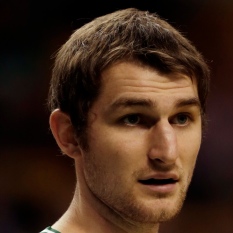