San Antonio Spurs forward/center LaMarcus Aldridge scored 4 points (2-of-8 field goals) with 3 rebounds and a block in 23.3 minutes of a 121-99 loss to the Golden State Warriors on Wednesday.

Aldridge has now scored 4 points twice in the past three games. He's averaging the fewest shot attempts (13.5) since his rookie season but is attempting a career-high 3.7 3-pointers per contest and only making a quarter of them. Aldridge's rebounds have also dropped from 7.4 to 4.6 per game and his blocks are down from 1.6 to 0.8. The Spurs' offense has put more emphasis on perimeter play this season and the 35-year-old Aldridge is clearly struggling to adjust. The Spurs will face the Dallas Mavericks on Friday.

Aldridge scored 10.6 FanDuel points on Wednesday and is averaging 24.8 per game for the season. His offensive rating is below 100 and Aldridge's rebound rate is below 10.0 percent for the first time in his career. 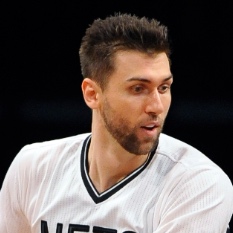