Toronto Raptors shooting guard Paul Watson (knee) has been ruled out of Wednesday's game against the Brooklyn Nets.

Watson is dealing with a knee injury and will not be available to face the Nets on Wednesday. His next chance to play will come against the New York Knicks on Saturday. Rodney Hood (knee) has also been ruled out for the Raptors. 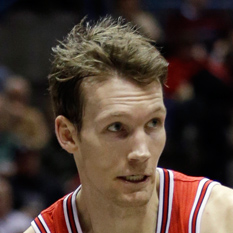