Yuta Watanabe (ankle) out for Toronto on Friday

Toronto Raptors shooting guard Yuta Watanabe (ankle) has been ruled out of Friday's game against the Dallas Mavericks.

As expected, Watanabe has been downgraded from doubtful to out and will not play against Dallas on Friday. Expect Stanley Johnson to log major minutes against a Dallas team ranked eighth in points allowed per game this season. 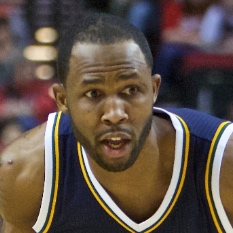