Detroit Pistons point guard Cory Joseph is in the starting five for Sunday's game against the Miami Heat.

Joseph has been upgraded to available and will start against the Heat in the Pistons' final game of the season. Josh Jackson moves to the bench.

The Pistons are 5.0-point underdogs against the Heat on Sunday. Their implied team total of 104.5 points is the second-lowest team total on Sunday's main slate, according to numberFire's DFS Heat Map. 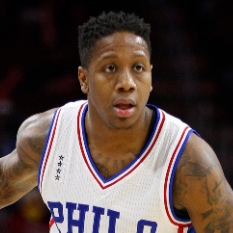