Los Angeles Lakers forward/center Anthony Davis plans to play Thursday in the team's game against the Phoenix Suns, according to Shams Charania of The Athletic.

Davis is officially considered a game-time decision to suit up in Game 6 of the Western Conference Quarterfinals, but it seems as though the 28-year-old big will try to give it a go with the season on the line. Keep an eye on his status over the next two hours. Should Davis play, Markieff Morris would likely revert to a bench role. 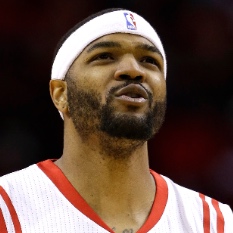