Golden State Warriors forward Jonathan Kuminga is not in the starting lineup for Game 6 against the Memphis Grizzlies on Friday.

Kuminga will move to the bench on Friday with Kevon Looney starting in Game 6. Our models expect Kuminga to play 10.2 minutes against Memphis.

NBA Betting Guide for Tuesday 5/24/22: Should We Break Out the Brooms in Dallas? 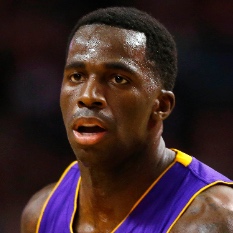