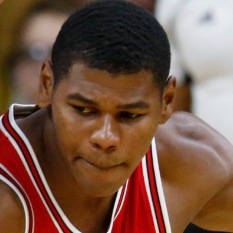 Felicio is back in the starting five after a brief respite on Sunday, where he played 21 minutes off the bench with Robin Lopez starting. Lopez will head to a reserve role if he plays at all.

Our models projected Felicio for 16.0 FanDuel points in 21.7 minutes, before the lineup switch was announced.