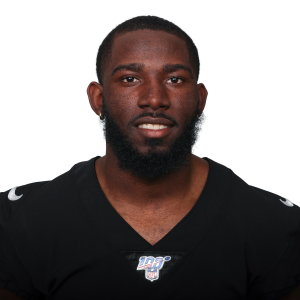 J.J. Nelson (undisclosed) ruled out for Raiders Sunday against Colts

Nelson is a surprise scratch after not being listed on the team's injury report all week. He sat out Week 2 with an ankle injury before returning last week, but it's not clear if Sunday's absence is related. Darren Waller, Tyrell Williams, and, Hunter Renfrow should all see more work versus the Colts with Nelson sidelined. The Raiders released Ryan Grant this past Wednesday.

Nelson has seen 5 targets in the two games he played. The Raiders face a Colts defense in Week 4 that is top-10 in the NFL in terms of FanDuel points allowed to opposing wide receivers.