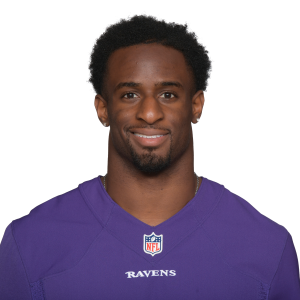 Baltimore Ravens running back Justice Hill is expected to make a "big jump" in his second season by head coach John Harbaugh.

Harbaugh said Hill finished his rookie year strong and specifically applauded the young back for his speed and attitude. Hill only averaged 3.6 rushes per game in his first season and, despite Harbaugh's praise, he isn't expected to see consistent carries in Year 2 behind Mark Ingram and second-round pick J.K. Dobbins. Hill could potentially beat out Dobbins for a third-down role, but he was only targeted a total of 15 times last year. Dobbins had at least 22 catches all three of his years at Ohio State.