“I just want him to focus on his rehab and get strong, but the second part of your question is, he’s a big part of our offense, and we do plan to have him in the offense at some point," Pederson explained. "But if there’s a couple games there where he’s not ready, then, we’re not going to put him out there and just wait for him to get healthy.” Jeffery is still recovering from a Lisfranc injury that ended his season in Week 14 and he turned 30 in February, so there's no guarantee that the veteran receiver will be ready for the start of the 2020 season. The return of DeSean Jackson and offseason additions of first-round pick Jalen Reagor and Marquise Goodwin may limit Jeffery's target share once he is healthy. Jeffery averaged 7.3 targets and 49.0 yards per game last season. The latter was his lowest output since his rookie year.

Alshon is currently the WR62 in numberFire's preseason fantasy rankings. Our models project him for 88.6 targets, 51.0 receptions, 586.5 yards, and 4.9 touchdowns. 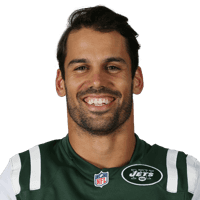