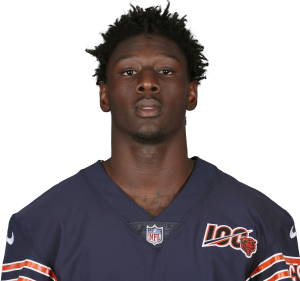 According to Chicago Bears coach Mike Furrey, wide receiver Riley Ridley's "comfort and confidence should aid his progress this year, as will his understanding of what he needs to do daily after watching Allen Robinson prepare."

Despite an inconsistent rookie season, the Bears' coaching staff remain excited for Ridley's potential growth in his second season after playing in just five games. “The one thing I’m really excited about right now, I think the biggest growth we’re going to see with anybody in our room is going to be Riley Ridley,” said Furrey when asked about his receivers. “His preparation, his attitude, his desire, the passion he has to become successful in this game, he loves the process. And I believe when you love the process, it’s going to be successful.”