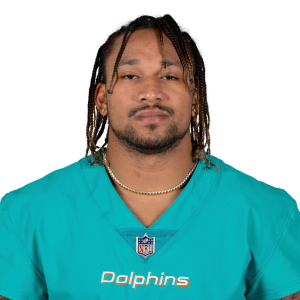 Wilson becomes the second Dolphins wide receiver to opt-out in the past 24 hours, joining Allen Hurns. He was the Dolphins' second-most targeted (62) receiver last year but averaged a career-low 8.2 yards per target over 13 games. Wilson was expected to compete with Hurns for the starting slot job this season. Following their decisions, there isn't much certainty behind Preston Williams and DeVante Parker on a depth chart consisting of Gary Jennings, Jakeem Grant, Isaiah Ford, Mack Hollins, as well as rookie free agents Kirk Merritt and Matt Cole. Mike Gesiciki should see a larger target share without Wilson and Hurns around.

numberFire's models expected Wilson to draw a 21.0 percent target share this season. Last season, Wilson averaged 5.2 FanDuel points (WR95) and 27.0 yards with 1 touchdown over 13 games. His career-low 5.7 yards per target ranked 76th out of 80 receivers with at least 50 targets. Wilson's 0.37 Reception Net Expected Points per target was fifth on the Dolphins out of six receivers to record a catch.