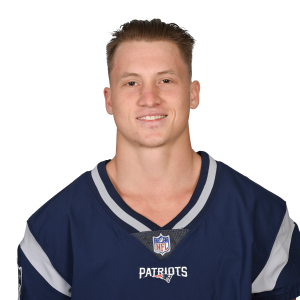 This is as much an indictment of the Patriots' receiver corps (behind Julian Edelman) as it is a compliment for Olszewski, but the sophomore UDFA has been generating some positive buzz and the Pats have been known historically to elevate surprising players to the forefront. The Patriots have arguably the most unpredictable pass-catching group in the league heading into the 2020 season, with plenty of targets available to anyone who can separate themselves from the pack.

Olszewski only caught 2 of his 4 targets for 34 yards last season, but he was a solid contributor as a punt returner. He fielded 20 punts over 8 games before his season was cut short, and managed to average a solid 9 yards per return (the sixth-highest rate in the league). He'll be a name to monitor in very deep leagues this year.