"We need to be able to finish those drives," Tannehill said. "We had a couple of good two-minute drives to put some points on the board, but it's too little too late." Tannehill threw an interception in the end zone on the Titans' first drive of the game. He owned the best red-zone completion percentage in the league before that pick and entered Sunday with 13 touchdowns and no interceptions in the red zone this season. Tannehill completed 18-of-30 passes overall versus the Bengals for 233 yards with 2 touchdowns and the interception. It was the second consecutive game Tannehill completed exactly 18 passes on 30 attempts. The Titans will host the Chicago Bears in Week 9.

4 NFL Prop Bets to Target in the Conference Championships 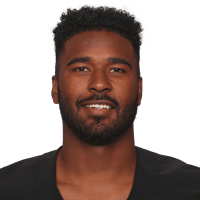