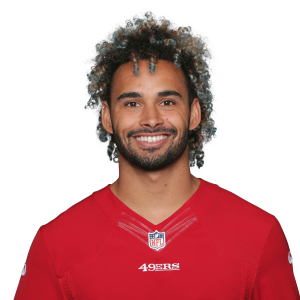 The San Francisco 49ers waived wide receiver Dante Pettis on Tuesday after failing to trade him, according to The Athletic's Matt Barrows.

Pettis, a second-round draft pick by the 49ers back in 2018, was never able to follow up on his impressive finish to his rookie season and his time in San Francisco has come to an end. The 49ers reportedly tried to trade him but were unable to do so before the deadline. Pettis' release, considering the current state of the 49ers passing attack, tells you all you need to know about their opinion of the former 44th overall pick. Pettis is likely to be claimed by a team with a need at wide receiver, the New England Patriots come to mind.