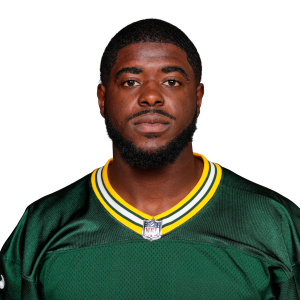 Green Bay Packers running back Dexter Williams was placed on the team's active roster for Week 9's matchup against the San Francisco 49ers.

Williams was promoted from Green Bay's practice squad after the Packers were forced to place Jamaal Williams and and A.J. Dillion on the COVID-19 Reserve list earlier this week. If Aaron Jones is ruled out on Thursday night, expect Williams to see some early-down work behind Tyler Ervin.

Our models project the 23-year old to produce 24.7 scrimmage yards on 3.9 total touches.

2021 NFL Draft: Is Mac Jones Worth the Third Overall Pick?