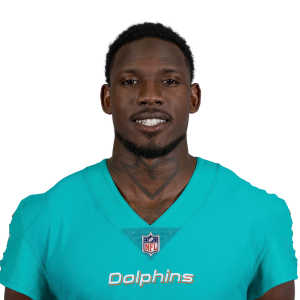 Williams will miss a minimum of three games as a result of being placed on IR, but Flores said he didn't want to speculate on how long his receiver will be out. Williams was carted to the locker room during the Dolphins' Week 9 game against the Arizona Cardinals after catching 4 passes on 5 targets for 60 yards and a touchdown. DeVante Parker, Jakeem Grant, and Mike Gesicki could all see more volume with Williams sidelined. The Dolphins may also opt to add Antonio Callaway to the active roster ahead of Sunday's Week 10 matchup against the Los Angeles Chargers.

Williams led the Dolphins with 10 targets and 75 yards across Tua Tagovailoa's two starts. He also recorded the highest average depth of target (12.9 yards) among any Dolphins receiver with multiple targets. The Chargers have the No. 11 pass defense in numberFire's advanced team rankings.