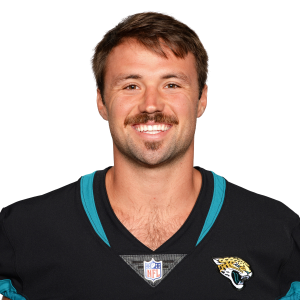 Gardner Minshew may not start for Jaguars Week 16

The Jaguars are having a quarterback competition with two games left to play. Gardner Minshew and Mike Glennon are splitting reps in practice, and whoever has the better week will start versus the Bears. Minshew completed 22-of-29 passes for 226 yards and 2 touchdowns in the Jaguars' 40-14, Week 15 loss to the Baltimore Ravens. Mike Glennon was benched in the third quarter of the previous game. The Jaguars haven't had anyone reach 70 receiving yards since Week 12.

Minshew is adding 0.11 Passing Net Expected Points per attempt this season, compared to 0.01 from Glennon. The Bears rank 11th in FanDuel points allowed per game to the quarterback position this season.