Schefter says there is "optimism" that a deal gets done. This is the first reported interest in Stills since the Texans released him last month. Cole Beasley is week-to-week with a leg injury and John Brown was just placed on the COVID-19 list, so the Bills could use some reinforcements at wideout as they head into the postseason.

Stills averaged 1.9 targets in 10 games for the Texans this season. He ranks 64th in Reception Net Expected Points per target among the 163 wide receivers with at least 10 targets this season. 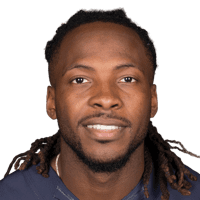