Palmer: Chiefs could use two-tight end formations often in 2021

The Kansas City Chiefs could run a lot of two-tight end formations this season, according to James Palmer of NFL Network.

The Chiefs drafted Noah Grey, a tight end from Duke, in this past NFL Draft, and it seems as though he could play a big role in his rookie season. "Maybe more two-tight end sets than they've ever used since Patrick Mahomes became the starter," Palmer said Thursday regarding how their offense could look this season. He also cited Mecole Hardman as someone who could be relied upon more heavily in the wake of Sammy Watkins' absence. 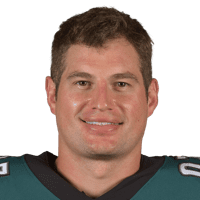