Sanders has been dealing with this injury since the start of the preseason, but the veteran has managed to consistently put in limited practices and was eventually given the go-ahead for today's game against the Steelers. With the offseason departure of John Brown from the Bills' receiver group, Sanders could be Josh Allen's number two target behind Stefon Diggs.

The Bills showed us in 2020 that they were unafraid to build their offense around a voluminous passing game, and there's little reason for that to change this season. Second in line for targets on one of the pass-heaviest teams in the league, we have Sanders projected 7.7 fantasy points in Week 1. FanDuel has set his salary at $5,300. 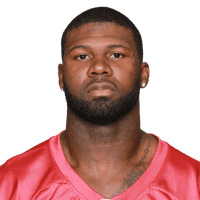