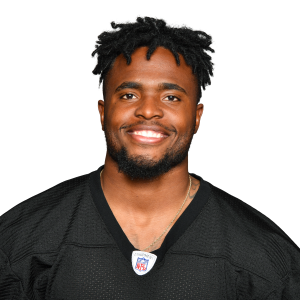 On the last play of the game down two possessions, Johnson was inexplicably in the game and went down with an injury. While there were initial scares that he'd be out a while, it was reported that he avoided a long-term injury. Head coach Mike Tomlin spoke about Johnson's health situation, saying, "He's looking better, but not to be confused with great. We'll follow him and his health as we get through the week." While that isn't the biggest confidence boost that Johnson can play this Sunday, it seems to suggest that we're looking at a one-game absence in the worst-case scenario. Should he sit, that would open up more playing time for James Washington in three-wide sets. Keep an eye on Johnson's participation levels in practice the next few days.

In 2 games this season, Johnson has 14 catches on 22 targets with 141 receiving yards and a score.