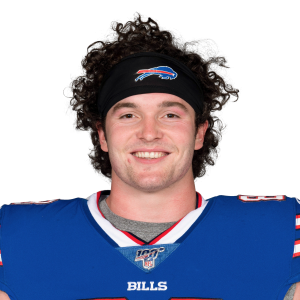 Buffalo Bills tight end Dawson Knox had a breakout game in the team's beatdown of the Houston Texans.

It was raining in Buffalo, but that didn't stop the Bills' offense from tearing up from the start. Josh Allen and Co. dominated, and while his tight end didn't rack up a ton of yardage, Knox was a weapon in the red zone. He hauled in a couple of big catches for scores, helping his team run away with the game.

Knox secured 5 of his 8 targets for 37 yards with 2 touchdowns, finishing as the highest-scoring tight end of Sunday with 18.2 FanDuel points.