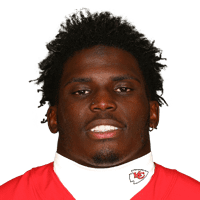 The Kansas City Chiefs are trading wide receiver Tyreek Hill to the Miami Dolphins in exchange for five draft picks.

The Chiefs' haul consists of a 2022 first-round pick (No. 29), a second-round pick (No. 50), and a fourth-round pick, as well as fourth- and sixth-round picks in the 2023 draft. On the other side of things, the Dolphins are signing Hill to a four-year, $120 million extension that includes $72 million in guarantees. Jaylen Waddle's target share will likely take a major hit, but he will not command nearly as much attention from opposing secondaries. JuJu Smith-Schuster could play a much larger role than initially expected in the Chiefs' offense next season.

Among the 142 players with at least 50 targets last season, Hill ranked 46th in Reception Net Expected Points per target. He averaged 14.9 FanDuel points per game.