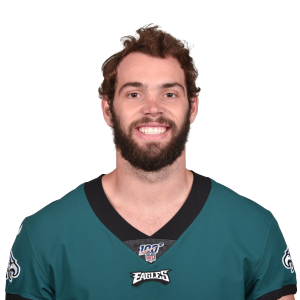 The Philadelphia Eagles expect tight end Dallas Goedert (shoulder) to return from the injured reserve before the end of the regular season, Adam Schefter reports.

The Eagles put Goedert on the injured reserve following their upset loss to the Washington Commanders in Week 10, but are reportedly expecting their starting tight end to return before the end of the regular season. He'll have to miss at least four games before he is eligible to come off of the injured reserve, so for fantasy purposes he likely won't be able to make an impact until the fantasy playoffs.

Goedert has been one of the stronger tight ends for fantasy this season, averaging 10.2 fantasy points per game in the Eagles' improved offense. Philadelphia frequently utilized Goedert on screens this season, meaning we could see additional designed looks for A.J. Brown and DeVonta Smith until he is able to return.