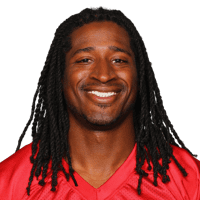 This was likely prompted by Corey Fuller's foot surgery and Corey Washington's injury release. Roberts previously visited the Buffalo Bills and New Orleans Saints. He has been productive on special teams, returning a kick 99 yards for a touchdown against the Carolina Panthers last season. Offensively, however, Roberts was a non-factor in Washington last year. Still, the 28-year-old gives Detroit some depth behind starters Golden Tate and Marvin Jones.

Roberts caught just 11 passes for 135 yards in nine contests in 2015, for a Reception Net Expected Points per target of 0.43.

Fantasy Football: The Late-Round Podcast, A Top-Heavy Running Back Class

Fantasy Football Slack and Forth: Jerry Jeudy Versus CeeDee Lamb

NFL Betting: Is There Value in JuJu Smith-Schuster’s Touchdown Prop?

Slack and Forth: D'Andre Swift Versus Jonathan Taylor in Fantasy Football