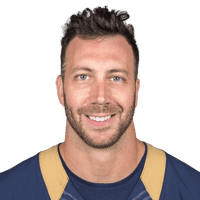 The Los Angeles Rams signed outside linebacker Connor Barwin, formerly of the Philadelphia Eagles, to a one-year contract.

Barwin played defensive end in the Eagles' 4-3 defense last season to little success, but has plenty of experience in the 3-4, including with new Rams defensive coordinator Wade Phillips. Going on 31, Barwin has slowed a bit in recent years, but notched at least five sacks each of his four seasons in Philadelphia. He's a workout freak who stays in shape and is a needed addition for a Rams pass rush that lacks bodies.