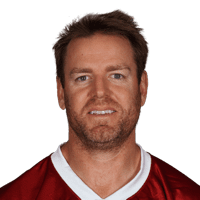 Palmer decided to hang 'em up in an open letter where says he will miss his teammates and the "grind" but believes it is time to call it a career. He played just 7 games in 2017 due to a broken arm. Palmer played 14 seasons in the NFL (7 with Cincinnati, 2 with Oakland, 5 with Arizona) where he played in 182 regular season games but made the playoffs just 3 times (4 games).