Chargers move up to No. 23, draft linebacker Kenneth Murray

The Los Angeles Chargers have selected linebacker Kenneth Murray after trading up to the 23th overall pick.

According to Schefter, the Chargers utilized their second and third round picks to acquire the 23rd overall pick from the New England Patriots. Expect the former Oklahoma Sooner to play a role at middle linebacker especially on early downs. 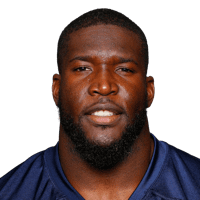