Bowles on Chris Godwin's return: Buccaneers 'not getting our hopes up'

Despite today's participation in wide receiver drills and his overall impressive recovery from his ACL injury, Godwin reportedly still has a few hurdles to clear before he will be able to practice fully or play in a real game situation. Expect Russell Gage and Julio Jones to see more snaps behind Mike Evans until the 26-year old is ready to go. Per Fantasy Football Calculator in 12-team point per reception, Godwin's average draft position currently stands in fifth round. After Kansas City's second round pick was forced to leave Tuesday's practice with a hip injury, Moore was able to respond quickly by participating in today's session. If the rookie wideout can continue his successful training camp, expect Moore to see major playing time on the outside in a potential committee approach to replace Tyreek Hill. Per Fantasy Football Calculator in 12-team point per reception leagues, the 21-year old's average draft position stands in the 12th round. 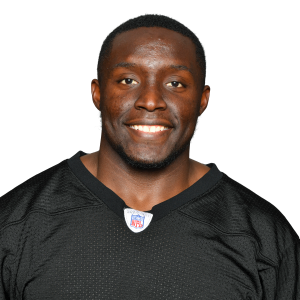 Washington got tied up with a defender during a drill at Cowboys training camp earlier in the day, and further testing revealed that the veteran receiver fractured a bone in his foot in the accident. He seems unlikely at this point to suit up for Week 1.

Washington's absence could open up opportunities for rookie Jalen Tolbert, a third-round pick in the 2022 NFL Draft. Our models project quarterback Dak Prescott to throw for 4,447 yards this season, meaning Tolbert could be a fantasy gem if he can earn enough looks from Prescott. Cincinnati Bengals quarterback Joe Burrow (appendectomy) will be "back in when he's ready," per head coach Zac Taylor.

Burrow is recovering from an appendectomy that he underwent last week. “I don’t have any timetable,” Taylor said. “We’re just trying to give him some privacy, and I’m sure he’ll be back in when he’s ready.” There isn't any concern about Burrow's availability for Week 1 against the Pittsburgh Steelers on September 11. Last season, Burrow led the league in yards per attempt (8.9) and adjusted yards per attempt (9.0) among qualified starters. His touchdown rate also jumped up from 3.2% his rookie season to 6.5% last year while ranking 15th in total pass attempts.

Burrow is the QB9 in numberFire's preseason rankings. Our models project him for 4,544.1 passing yards, 30.65 touchdowns and 7.4 interceptions, with 286.2 rushing yards and 2.44 touchdowns. In 2021, Burrow tied for seventh with Justin Herbert in Passing Net Expected Points per drop back (0.23), which was more than double the league average (0.10). The Denver Broncos have activated wide receiver K.J. Hamler (ACL, hip) off of the PUP list.

Hamler dislocated his hip and suffered a torn ACL on the same play back in Week 3 of the 2021 NFL season, but appears to be on track for Week 1 of the 2022 season. While he will have to compete for targets alongside Courtland Sutton, Jerry Jeudy, and Tim Patrick (not to mention the Broncos' tight ends), Hamler's strength as a field stretcher would seem to mesh well with new quarterback Russell Wilson's top-notch deep-passing abilities on paper.

Hamler enters the season as numberFire's WR136 for fantasy this season, but he could shine as a potential late-round dart throw in season-long leagues, especially if the Broncos' offense lives up to expectations.

Samuel reportedly requested a trade in April before the draft, but the 49ers remained committed to working out a new deal. The 2019 second-round pick led the 49ers across the board in receiving last season while adding 59 rushes for 365 yards and 8 touchdowns. Samuel could be even more productive this season in a 49ers' offense that is expected to improve with Trey Lance replacing Jimmy Garoppolo as the starting quarterback.