Jacobs is dealing with a calf injury but will play today against the Chargers, according to ESPN's Adam Schefter. Our models expect Jacobs to handle 23.3 carries and catch 3.9 passes against Los Angeles on Sunday.

The Jacksonville Jaguars did not activate running back Darrell Henderson for their Week 13 game against the Detroit Lions.

Henderson will sit out another game after the Jaguars claimed him off of the waiver wire, which bodes well for the team's confidence in Travis Etienne's (foot) health. With Henderson on the sidelines, JaMycal Hasty will continue to operate as the primary backup for Etienne.

Our models project Etienne for a great day against the Lions, with 14.9 fantasy points off of 73.9 rushing yards, 17.7 receiving yards, and 0.8 touchdowns. FanDuel has set his salary at $8,000 for today's contests.

New York Giants wide receiver Kenny Golladay (illness) has been ruled out of Week 13's game against the Washington Commanders.

Golladay has been downgraded from questionable to out due to an illness and will not be available to face Washington on Sunday. Darius Slayton (illness) is available. Pittsburgh Steelers running back Jaylen Warren (hamstring) will play in the team's Week 13 game against the Atlanta Falcons.

Warren wasn't able to suit up in Week 12 against the Colts after suffering a hamstring injury back in Week 11, but it looks like he should be back on the field this week against the Falcons. He'll continue to operate as a change of pace back behind Najee Harris (abdominal), who is playing through an injury of his own.

Our models project Warren, who has a $5,000 salary on FanDuel, to score 5.7 fantasy points against the Falcons. 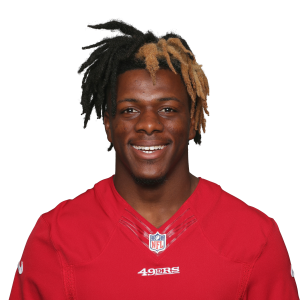 Richie James (knee) will play in Week 13 for New York

James was listed questionable due to a knee ailment. Now, he has received the green light to take the field in a nearly must-win contest. Pittsburgh Steelers running back Najee Harris (abdominal) will play in the team's Week 13 game against the Atlanta Falcons.

Harris was unable to return to the Steelers' Week 12 game against the Indianapolis Colts last Monday after suffering an abdominal injury, but he is already ready to return to the field this week despite the shortened week of rest. Both he and Jaylen Warren (hamstring) entered the weekend with questionable tags, so it's possible the Steelers distribute the workload a little more evenly against the Falcons.

Harris is set up for success this week against the Falcons' sieve-like run defense. Our models project him to score 12.6 fantasy points, with 64 rushing yards, 17 receiving yards, and 0.5 touchdowns. He has a $7,300 salary on FanDuel. Daniel Bellinger (eye) will play in Week 13 for Giants

Bellinger has been out for the last five weeks after suffering an orbital fracture. He has now finally been cleared to play, and he'll resume his duties as the No. 1 tight end for New York. Jets' Michael Carter (ankle) officially out against Vikings in Week 13

The New York Jets have ruled out running back Michael Carter (ankle) for Sunday's Week 13 game against the Minnesota Vikings.

Carter suffered an ankle injury in Week 12, and while the second-year back was reportedly able to avoid a major injury, he'll still sit out this week's game against the Vikings. The Jets will likely employ a committee comprised of James Robinson, Zonovan Knight, and Ty Johnson this week.

Knight looked especially good in his Week 12 breakout game, getting opportunities even before Carter's injury and playing ahead of both Johnson and Robinson (who was a healthy scratch in that game). Our models currently project Knight, who has a $5,800 salary on FanDuel, to lead the way in this backfield with 11.4 fantasy points. 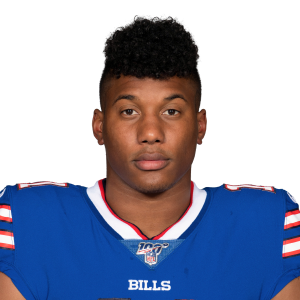 Jones was listed questionable due to a chest ailment. Despite that, he has received the green light to take the field against Trevor Lawrence and Co. Slayton has been upgraded from questionable to available and will play against Washington on Sunday. Our models expect him to see 5.3 targets against the Commanders.

Washington Commanders running back Antonio Gibson will play Sunday in the team's Week 13 game against the New York Giants.

Gibson is dealing with a foot injury, and despite entering the weekend with a questionable tag, he has received the green light to play. 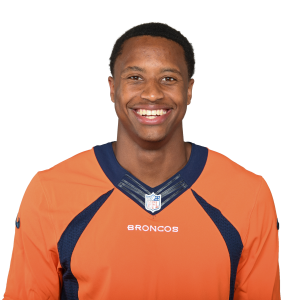 Sutton has operated as the Broncos' primary pass-catcher for most of the season, but that role has meant surprisingly little for fantasy football purposes in the team's struggling offense. He was limited in practice all week with an illness, but it sounds like he should be fine for today's game. As expected, Etienne has been upgraded from questionable to available and will play against the Lions on Sunday. Our models expect him to handle 15.7 carries and catch 2.3 passes against Detroit.

Deebo Samuel (thigh) will play for 49ers in Week 13

San Francisco 49ers wide receiver Deebo Samuel will play Sunday in the team's Week 13 game against the Miami Marlins, according to Jeff Darlington of ESPN.

Samuel was originally listed questionable for Sunday's contest, but reports earlier suggested he'd be able to give it a go. Now, it is confirmed he'll play.

Jeudy hasn't played since suffering a scary non-contact ankle injury back in Week 10, but he has been cleared to return for today's game after putting in some limited work in practices this week. The talented former first-rounder has struggled with injuries in recent seasons, but has flashed upside when he has been healthy.

Jeudy has a $6,500 salary on FanDuel for today's contests and is projected to score 9.2 fantasy points in Denver's struggling offense. Our models have him catching 4.1 passes for 57.9 yards and 0.2 scores.

Cincinnati Bengals running back Joe Mixon (concussion) is "highly unlikely" to play in Week 13's game against the Kansas City Chiefs, according to ESPN's Dan Graziano.

Mixon is highly unlikely to play on Sunday but the Bengals have not ruled him out yet. According to Dan Graziano, something would have to change between now and this afternoon's kickoff for Mixon to be cleared to play. If Mixon is ruled out, Samaje Perine would handle an increased workload against the Chiefs.

Sutton is listed as questionable with an illness but is expected to be available to face the Ravens. Our models expect him to see 8.2 targets against Baltimore. Jerry Jeudy (ankle) is trending toward playing as well. Detroit Lions first-round pick Jameson Williams (ACL) will make his season debut in the team's Week 13 game against the Jacksonville Jaguars, but will have a very limited snap count according to the NFL's Tom Pelissero.

Williams is set to make his season debut against the Jags this week, less than a year removed from the ACL injury he suffered in the college football playoffs in February. He isn't expected to play much this week, but his return could be a huge boost to the Lions' offense.

Our models project Williams for just 2.9 fantasy points in his NFL debut. He has a $4,500 salary on FanDuel.

Las Vegas Raiders running back Josh Jacobs (calf) will be a game-time decision for the team's Week 13 game against the Los Angeles Chargers.

Jacobs nearly broke fantasy football a week ago when he tallied over 300 yards from scrimmage and scored twice against the Seattle Seahawks, but he has since dealt with a tough calf strain and is in danger of missing the team's Week 13 game. He'll test out his calf during pre-game warmups before making a decision, but the NFL's Ian Rapoport added that there is some optimism that the former first-round pick will be able to suit up.

Our models project Jacobs for 22.6 fantasy points if he can suit up today as the Raiders face off against the Chargers' soft run defense. He has a $9,500 salary on FanDuel.

Dallas Cowboys wideout Michael Gallup (illness) is expected to play in the team's Week 13 game against the Indianapolis Colts.

Gallup should be good to go for today's tilt with the Colts after dealing with an illness during the week. The talented wideout has been starting to look more like himself as he further distances himself from the knee injury he suffered a season ago.

Samuel was barely able to practice this week as he dealt with a deep bruise in his thigh, but it sounds like the dynamic receiver is feeling considerably healthier this morning ahead of the team's Week 13 game against the Dolphins. He'll test out his leg in warmups today before making an official decision.

Our models project Samuel for limited production this afternoon, with 2 catches for 29.6 yards and 0.2 scores. It's possible that the 49ers utilize him more in the backfield this week with Elijah Mitchell (knee) done for the season, but Samuel's own health may limit his usage overall. He has a $6,800 salary on FanDuel.

Denver Broncos wide receiver Jerry Jeudy (ankle) is expected to play in the team's Week 13 game against the Baltimore Ravens.

Jeudy will test out his ankle in the pregame warmups before making an official decision about his Week 13 status, but early reports are indicating that the former first-round pick is expected to play against the Ravens. Jeudy hasn't played since Week 10, when he suffered a non-contact injury on the very first play of the game.

Washington Commanders running back Antonio Gibson (foot) is expected to play in the team's Week 13 game against the New York Giants.

Gibson was dealing with a foot injury throughout the week and was limited in the team's practices, but is now expected to play against the Giants in Week 13. Gibson has dealt with foot issues in the past, so it seems like he'll take a back seat to teammate Brian Robinson in today's game plan.

Our models currently project Gibson for 9.7 fantasy points against the Giants today, with 36.4 rushing yards, 21.7 receiving yards, and 0.4 scores. He has a $6,100 salary on FanDuel.

Jacksonville Jaguars running back Travis Etienne (foot) is expected to play in the team's Week 13 game against the Detroit Lions.

Etienne was pulled from the game in the first quarter of the Jags' Week 12 win over the Baltimore Ravens, but after the game it was reported that the team only held him on the sidelines out of an abundance of caution. While he was labeled with a questionable tag for today's tilt with the Lions, all indications have pointed towards Etienne playing without limitations in Week 13.

Our models project Etienne, who has an $8,000 salary, for 14.6 fantasy points this week against the Lions' weak defense. His projections include 71.8 rushing yards, 17.7 receiving yards, and 0.8 touchdowns. Chase is set to make his return to the field just in time to square off against the Chiefs, against whom he put up 11 catches for 266 yards and 3 touchdowns in their regular-season clash a season ago. Chase's return should be a boon for the Bengals' whole offense.

Chase was just starting to catch fire again this season when he suffered his hip injury, and had posted 130 receiving yards and 2 scores in each of his last two games. Reports have indicated that the star receiver, who has an $8,900 salary on FanDuel, should be close to full health for today's contest.