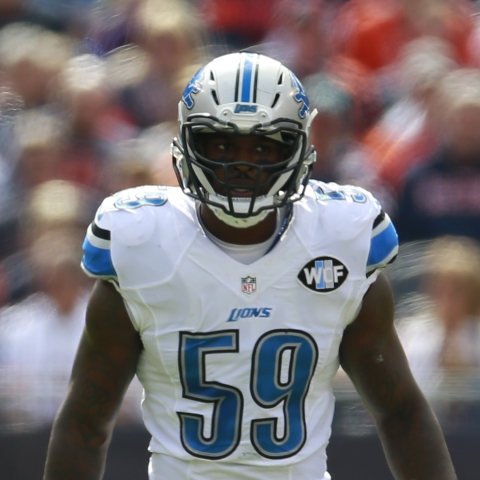 The Detroit Lions re-signed linebacker Tahir Whitehead to a two-year contract worth more than $8 million.

Although Whitehead lost his starting job to begin last season, he retook the position beginning in Week 10 and excelled as a run defender in the Lions' final eight games. He also chipped in five special teams tackles. Whitehead turns 26 in April. Still ascending, he's a savvy re-signing by the Lions.

In part-time roles over the past two years, Whitehead has totaled 136 tackles, two sacks and three interceptions. The Lions' defense needs all the help it can get right now. They ranked 22nd in the league in Adjusted Defensive Rushing Net Expected Points per play in 2015.