Tom Brady announces un-retirement from football, will play for Buccaneers in 2022

Tampa Bay Buccaneers quarterback Tom Brady has announced he is not retiring after all.

Brady's storied career was thought to be over, but on Twitter Sunday night, he announced he will be back in 2022 with the Bucs for his 23rd season in the NFL. There were rumors swirling that the franchise was interested in potentially trading for Deshaun Watson or Baker Mayfield, but at least for now, the team has the man to lead them into another title-contending season. This is huge news for Mike Evans, Chris Godwin (when he returns from his ACL tear) and the rest of the Buccaneers' receiving corps. And a byproduct of Brady's return should likely mean Rob Gronkowski - who himself was mulling retirement - comes back for another season. 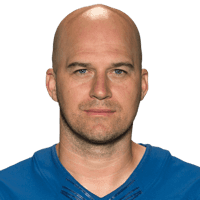