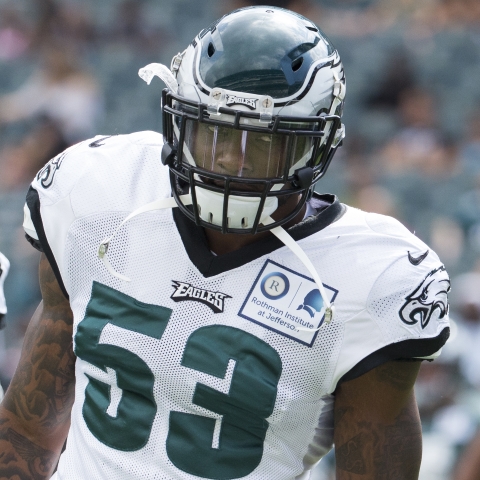 It's Bradham's second arrest in three months. He's facing a second degree misdemeanor concealed weapon charge, and was arrested in July for assault. Bradham has been an every-down player for the Eagles through three games, but a suspension is growing ever more likely.