Although he spent the final two years of his career with the Titans and Indianapolis Colts, Johnson will retire as the greatest Houston Texan in franchise history. He proved to be one of the best receivers of his generation after Houston selected him with the third overall pick in the 2003 draft. Johnson was selected to the All-Pro team twice and also earned seven Pro Bowl bids, making him a pretty good bet for the Hall of Fame. 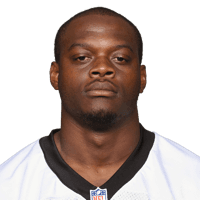