The men's golf major season comes to an end, and we now turn our attention to the conclusion of the 2021-22 PGA Tour season.

The Tour gets back on track with the 3M Open at TPC Twin Cities, the fourth year for this event on the calendar at this course. 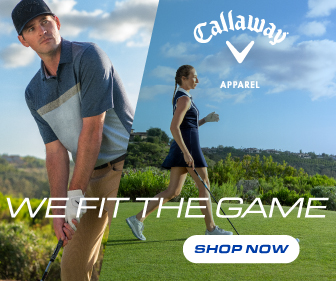 Let's dig into the course, the key stats, the win simulations, and the best bets of the week.

You can jump ahead to any specific section of the piece you would like.


TPC Twin Cities has hosted this event for three years now, so the sample of data is growing for the course.

A few things stand out.

Firstly, the course plays rather easily overall, as evidenced by some low winning scores. The scorability, though, doesn't just come from the par 5s. The par 3s at TPC Twin Cities rank sixth-easiest among ShotLink courses on Tour, and the par 4s are easier than average, as well, via datagolf's course table.

Speaking of easy, you'll need to make birdies here, and the greens are some of the easiest to putt on, which should level the playing field for those who aren't phenomenal putters overall.

Speaking of easy (again), that's just the expectation at TPC Twin Cities. It's one of the least demanding courses we get on the PGA Tour -- just so long as you keep the ball in play off the tee. Losing a stroke or two off the tee from errant drives will likely lead to an inability to recover.

Golfers who have played in and made all three possible cuts at TPC Twin Cities include Tony Finau, Cameron Tringale, Brice Garnett, Patton Kizzire, and Jason Dufner.

The past winners in the field include Cameron Champ (2021) and Michael Thompson (2020).

Win Simulations for the 3M Open

Here are the most likely winners this week, according to my win simulation model, as well as their golf betting odds this week at FanDuel Sportsbook.

Win Simulation Analysis and Best Bets for the 3M Open

The model likes Hideki Matsuyama (+1600) as a betting value for the week pretty substantially, though we'll have to overlook the travel concerns -- and rumors about Matsuyama's golfing future. I'm okay with that because the number is more than fair, according to the model.

The mid-tier looks to be mostly overvalued otherwise, though I'm okay getting out over my skis on Christopher Gotterup (+4500), who is still a bit bogged down to a small sample (which gets regressed toward the PGA average for a while).

Tom Hoge (+7000) has missed six straight cuts but is set to be forgotten this week in the betting market.

All stats cited below originate at FantasyNational. Strokes gained data includes stats from the past calendar year and is adjusted based on my field strength and recency tweaks. Putting surface splits also come from FantasyNational and include the past 50 rounds when possible -- unless noted. All ranks and percentile ranks are among the field. References to my combo model refer to a combination of long-term, field-adjusted form, key stat performance, and hole-by-hole-level strokes gained data.

Best of the Best

Hideki Matsuyama (FanDuel Salary: $11,900 | Golf odds Win Odds: +1600) - We've seen some up-and-coming winners at TPC Twin Cities in the three years it's hosted a PGA Tour event. Despite that, it's Matsuyama who rates out as the expected favorite in my win model. Yes, he's coming off of a modest showing at The Open and has some rumors circulating about his future, but Matsuyama is the best golfer in the field. The greens are easy to putt on, too, and that's great news for Matsuyma, one of the weaker putters on Tour among the studs.

Sungjae Im ($11,500 | +1800) - With Charles Howell and Mark Hubbard withdrawing, the $10,000 range takes a big hit, and so it's putting me back up on the stud range for the two top picks. The lower $9,000 range, by default, gets elevated with a few relevant names (Howell, Hubbard, Erik Van Rooyen) leaving the field. Sungjae Im is right on par with Matsuyama in all of my modeling, and I'll be looking, now, for a more top-heavy approach for the week and taking the savings with the value range. Im is accurate off the tee and is one of the better iron players in the field. He sets up well for this course.

Tom Hoge ($9,100 | +7000) - Hoge should be a forgotten man this week, given the fact that he has missed six straight cuts. However, he has done that with weak around-the-green numbers, which are more volatile even than putting numbers. He's a good birdie maker who should be experiencing some putting regression eventually, so I'm fine to buy low on Hoge this week.

Tyler Duncan ($8,800 | +8000) - Duncan rates out as a great ball-striker (89th percentile) who is also very accurate off the tee (94th). He's an average putter on bentgrass and is really struggling from between 5 to 10 feet. If we trust that the greens really level the playing field, then golfers of this archetype should see big upticks.

Matthias Schwab ($8,600 | +9500) - Schwab is just one of the better golfers among the value range in my long-term data and owns one of the best short games in the field (91st percentile). Schwab's putting is supported by good distance splits right now, he finished 32nd here in 2020, and he most recently was 16th at the John Deere.