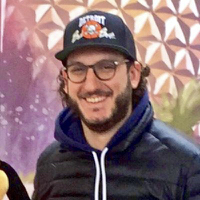 Eric Mally  —  @TheEricMally Jun 15th, 2018
Share on Facebook Share on Twitter
Matt Boyd isn't regarded as being the top pitcher in the Detroit Tigers' starting rotation, but he has coupled great results in 2018 with some interesting changes. What does this mean for fantasy baseball?

Thereâ€™s really not a whole heck of a lot to be excited about as a Detroit Tigers fan these days -- at least not the summer excitement that Tigers fans are used to.

Shifting from seeing studs like J.D. Martinez, Justin Verlander, and a prime Miguel Cabrera to rooting for daily lineup staples like Niko Goodrum, John Hicks, and Leonys Martin will do that to a fan base.

However, there is one player in particular who probably should be getting more attention than he is right now, and thatâ€™s lefty Matt Boyd.

When former general manager Dave Dombrowski made the tough decision to sell at the trade deadline in 2015 and start to â€œretoolâ€ the team and refuse to use the term â€œrebuild,â€ he knew what pieces would land him the best return: David Price and Yoenis Cespedes. The Toronto Blue Jays were the obvious ideal trade partner for Price, making a run to the playoffs for the first time in years and in desperate need of an ace pitcher to help them get over the hump. What the Tigers got in return for the lefty star was pretty solid: the Blue Jays' top-ranked prospect in left-handed pitcher Daniel Norris, Boyd (their 11th-ranked prospect), and the 19th-ranked prospect in Jairo Labourt.

Norris was the crown jewel of this trade, and even though his command was shaky at times in Triple-A, he had electric strikeout potential with plenty of upside. Labourt, while making an appearance in the All-Star Futures game in 2015, was a ways away from making it to the bigs, and most pegged Boyd to be a back-of-the-rotation type of guy with decent-but-not-great stuff.

Then, with minutes to spare before the deadline closed, the Tigers flipped Cespedes for the New York Mets right-handed pitchers Michael Fulmer and Luis Cessa.

What happened in the last couple days of July of 2015 turned out to give the Tigers a jump start on a rebuild that went into full force during the summer of 2017 and gave the Tigers 40% of their starting rotation for the 2018 season.

Thereâ€™s definitely much to be said about the success of Fulmer. After all, he has the hardware to prove it when he came on to the scene, guns blazing, and fought off Gary Sanchez to win the American League Rookie of the Year in 2016. But when you start crunching the numbers more recently and compare Fulmer and Boyd this year and last year, the numbers are fairly surprising.

Hereâ€™s a look at Boyd and Fulmerâ€™s numbers through all of last season up until their most recent starts this year.

Fulmer has the advantage almost across the board, especially in his walk rate. But Boyd has been the higher-strikeout arm, and his skill-interactive ERA (SIERA) isn't far off of Fulmer's.

If you look exclusively at this year, you can make the argument that Boyd has been the better pitcher.

Although the peripheral numbers do favor Fulmer, the two are relatively close in most categories, and the results have been heavily in Boyd's favor. Fulmer's claim on the staff crown doesn't seem as firm as the public's perception of it may be.

Looking at all of Boyd's batted-ball data, hitters are pulling the ball slightly less often (42.3% this year vs 44.4% last year), and his contact rate numbers are on par with his career stats.

What really jumps out, and what makes his recent success somewhat terrifying, is his fly-ball percentage. Right now, hitters have a 46.9% fly-ball rate against him, which is awfully dangerous because, well, the more fly balls you give up, the more likely you are to give up longballs. His high fly-ball rate coupled with his low home run total puts his home run to fly-ball ratio at 6.1%, which is almost half of his career average of 11.7%.

That's scary, but maybe heâ€™s learning to pitch to his ballpark as Comerica Park is known for its spacious outfield.

Thatâ€™s his slider percentage, which up until this season was his fifth-most-used pitch behind his fastball, sinker, cutter, and changeup.

Boyd has dramatically cut usage on his changeup (down to 9.0% from 20.9% last year) and sinker (down to 10.1% this year from 18.6% last year) and replaced it with his slider, which could have been sound advice from new pitching coach Chris Bosio.

And itâ€™s working. Opponents are hitting only .162 against his slider this year, making it by far his most effective pitch, and his 12.2 weighted slider runs ranks third in all of baseball, according to FanGraphs, behind just Luis Severino and Mike Foltynewicz, which is extremely impressive.

Boyd is currently owned in only 21.1% of ESPN leagues and 24% of Yahoo! leagues. With how solid the results have been this year, that's far too low. He's a worthy streamer in 10-team leagues, and in larger formats, he's someone you can hold with a decent amount of confidence.

And if things keep going the way they have, don't be surprised if he ends the year as the top starter in the Tigers' rotation.

Is There a Fair Trade for Mike Trout in Fantasy Baseball?

Will Juan Soto or Gleyber Torres Be the More Valuable Fantasy Baseball Asset in 2018?