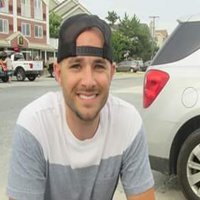 As a result, lineup construction should begin with the starting pitcher. Each day we will highlight a starter to consider from each pricing tier, and we'll also look at one contrarian play for tournaments.

Who should you consider on tonight's main slate?

Pitching options are relatively thin on tonight's seven game slate, and Charlie Morton finds himself at the top of the list almost by default. Morton isn't the slam-dunk play he was earlier in the season, mostly due to an elevated walk rate (9.6%) and a few mediocre starts in a row. That said, he still has the highest floor of any pitcher going tonight due to his 30.6% strikeout rate and 3.27 SIERA.

The matchup with the Tampa Bay Rays is a good one, and, as we saw last night with Justin Verlander (10 strikeouts), there is upside against this offense. On the year, Tampa Bay strikes out at a 22.7% clip against right-handers and their .131 ISO is the fourth-lowest in all of baseball. Houston are also huge favorites in this one (-232), and the Rays are implied to plate just 3.02 runs.

Morton is the top cash play on the board, but an interesting fade in tournaments. He has been hovering around the 45-FanDuel point mark for a ceiling over the last month. There's a decent probability he's not the highest-scoring pitcher of the night despite being the most expensive. Plug him into cash lineups, but go underweight in tournaments.

Gio Gonzalez is never thrilling to roster because of his high walk rate and the propensity for crashing and burning in good matchups. While his walk rate is still high (9.8%), he has a number of things that make him an excellent mid-tier play.

Gio threw only 57 of his 104 pitches (54.8%) for strikes in his last outing against Toronto, but the Baltimore Orioles have the fifth-lowest walk rate (7.8%) and the sixth-highest strikeout rate (24%) in the major leagues. The Nationals' southpaw has been good for about a strikeout per inning (8.7 K/9) and the O's struggle against lefties (26th in wOBA). Baltimore also loses its designated hitter traveling to a National League venue, further boosting Gonzalez's strikeout projection.

Washington is installed as -200 favorites here, so Gio should be in line for a victory if he can limit his wildness and keep the ball in the yard. He is an acceptable cash play if you want to save the $800 from Morton, but he profiles much more attractively as a tournament option.

Jonathan Loaisiga was predictably effective against the Rays in his major league debut, striking out six over five scoreless innings in the victory. He and the Yankees are big favorites tonight (-188), and he doesn't have to do much to pay off this cheap price tag.

The matchup with the Seattle Mariners certainly raises some red flags here, as they rank in the top 10 in team wOBA (9th), OPS (9th) and strikeout rate (7th-lowest). If Loaisiga can gut out a quality start with a handful of strikeouts, however, there's a good chance the Yankees' 5.45 implied run total will carry him to a win.

Similar to the Paul Blackburn recommendation in this spot yesterday, Loaisiga provides an interesting dart-throw option that enables you to fit some bats playing at Coors Field, where there's an over/under of 11.5. While Loaisiga's ceiling is capped in this matchup, he showed in his debut that he can pitch well at this level. He's tournaments-only as a high-risk, high-reward play.

David Price looked to be far removed from his ace-level form earlier in the season, but he has rebounded nicely with three consecutive stellar outings. He's hit at least 40 FanDuel points in 5 of his last 6 appearances, and his strikeout rate has jumped all the way back up to a respectable 23.8%.

The Twins struggled yesterday with Chris Sale, which was hardly surprising given that Minnesota strikes out the fifth-most (24.6%) in the majors against left-handers. They also have the fourth-lowest ISO (.126) against southpaws, so Price shouldn't have an issue keeping the ball in the yard tonight.

Price should come at low ownership with two solid options above him in the pricing pool, in Morton and Gonzalez. The Red Sox' lefty is a great way to differentiate your lineups and save a few bucks at the same time. Fire him up as a contrarian tournament option.