The Most Intriguing Players on the 2014 Houston Astros 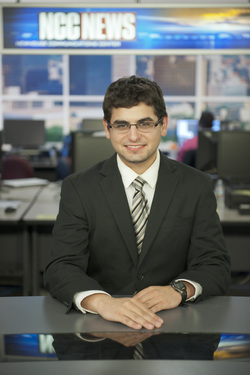 It's been a while since the Houston Astros were a competitive team. The last time they even topped 60 wins was 2010, and this season hasn't been any better. They've posting a 19-32 record so far, which is the worst in all of baseball. The one obvious advantage to all the losing is a top farm system and, according to Baseball Prospectus, they have the fifth-best system in the league.

But those players aren't at the Major League level yet, and with all the losing, there hasn't been a lot of attention paid to the current players on the Astros. Believe it or not though, the team isn't completely void of talent. So in an attempt to bring to light some of these performers, here is a list of some of the most intriguing players on the 2014 Astros.

The southpaw might be the best example of talent on the team. Dallas Keuchel never had much success prior to this season, and was never considered much of a prospect. But this season he's put up a 2.55 ERA, a fielding independent pitching (FIP) of 2.65, and heâ€™s doing that with a fastball that sits around just 90 MPH.

So how is he succeeding?

By inducing grounders at an obscene number, while limiting home runs, walks, and racking up the strikeouts. Or more simply: by being filthy.

The major difference Keuchel has made since his time in the minors is the use a slider instead of a curveball. The curveball was arguably his least effective pitch, and the introduction of the slider has even led to an increase in effectiveness for his changeup.

Right now he leads the league with a groundball percentage (GB%) of 66.5 percent. To put that in perspective, last season, Justin Masterson had the best number at 58 percent, and only three pitchers top 60 percent this season â€“ Tim Hudson is the closest at 61.7 percent. More impressively, heâ€™s lowered his walk percentage (BB%) from 7.6 percent last season to just 4.4 percent this year, has seen his strikeout percentage (K%) jump to 22.4 percent, and has a line drive percentage (LD%) of just 14.1 percent.

While batters are swinging at more of his pitches, they are making less contact. Why? Because the majority of the increase has been from pitches thrown outside of the strike zone â€“ up to 36.1 percent this season from 31.7 percent last year â€“ which has led to a high swinging strike rate. His 11.6 percent swinging strike rate is currently 11th in the entire league. Oh, and he leads the team with three defensive runs saved (DRS).

Collin McHugh is another pitcher who has seemingly come out of nowhere. He flamed out in his only other major league appearance with the Mets back in 2012, but after a little over a season in the minors, he seems to have figured it out.

McHugh has a lower FIP (3.02) than ERA (3.32). He also has a crazy high K% of 27 percent, and a more than acceptable BB% at 7.9 percent. Like Keuchal, McHugh has been masterful at getting the swinging strike, outdoing his rotation-mate at 12.5 percent.

Unlike Keuchal, McHugh isnâ€™t a groundball pitcher. He only has a GB% of 38.5 percent, and even has a matching FB%. But heâ€™s been good at avoiding the home run, with a home run-to-fly ball ratio (HR/FB) below league average at 8.1 percent, and only averaging 0.71 home runs per nine innings (HR/9)

The only troubling thing about McHugh is one of his most impressive numbers, a .196 average against, is supported by a .255 batting average on balls in play (BABIP). That, his small sample size of success, and a couple recent poor starts make you wonder. Then again, his last time out he gave up just two runs in seven innings to the Angels, and even added seven strikeouts.

The 5'5 175 pound second baseman has been one of the better Astros hitters for several season now, and also really one of their only mainstays in the lineup â€“ he's the only Astros player to log at least 400 plate appearances the last two seasons.

Jose Altuve has always been a good contact hitter, and this season he's lowered his K% below 10 percent for the first time in his career. He's brought it down to 7.8 percent from his previous career low of 11.7 percent.

While he's not exactly a speedster on the base paths, he's stolen 30 bases the last two seasons, and is currently on pace to steal over 50 this season. He's even getting on base at a higher clip, drawing a BB% of 6.5 percent, only the second time that number has risen over 5 percent in his major league career.

His advanced numbers might be what's been most impressive. His weighted runs created (wRC+) number is up to 127, while 100 is league average. That number would easily be the best of his career, and only the second time heâ€™s finished above 100. It's also easily the best number on the team. His weighted on-base average (wOBA) is also incredible, with his .356 the fifth best for all major league second basemen who've logged at least 150 plate appearances.

He's managed this with an improved approach at the plate.

He is swinging at less pitches outside of the zone, and making better contact when he does attack them. Not only does that explain his improved BB%, but it's led to more pitchers throwing in the strike zone. So while the season is less than a third of the way through, it's not a stretch to believe Altuve has developed a better eye at the plate in his third full season in the league.

Power is the main reason Matt Dominguez makes this list. Last season he hit 21 home runs â€“ his first full season in the bigs â€“ which ranked eighth for all qualified third basemen, despite Dominguez easily having the least amount of plate appearances of the bunch. This season he leads the team with seven.

Dominguez is one of two prospects the Astros got from the Miami Marlins for Carlos Lee back in 2012. He was a first-round pick of the Marlins back in 2007, the 12th overall selection. He just hasn't exactly lived up to those expectations.

Dominguez doesnâ€™t hit for average, walk a ton, and is slow on the bases. Despite being billed as a top defensive third baseman, he was 12th in both UZR and defensive rating, out of 20 qualified third basemen last year. He's down to 17th and 16th, respectively, out of 23 candidates this season. His one saving grace is ranking sixth, with eight DRS last year.

The only other promising number for Dominguez is his increasing BB%. In 113 plate appearances in 2012, he was only at 3.5 percent, which jumped to 5.1 percent last year, and is at 7.1 percent now. In a league with draining power numbers, Dominguez remains valuable for that attribute alone. If he can continue to improve his OBP, and his defense, he could be a true asset for the Astros.

George Springer was the 11th player taken in the 2011 draft, and has been phenomenal in the minors. In 266 plate appearances in Triple-A last season, he had a .311/.425/.626 slash line, with 18 home runs and 22 stolen bases. He was called up earlier this season â€“ the first blue-chip position player the team has called up.

So far he has had an unbelievable month of May. Springer leads the team with a wRC+ of 173, seven home runs, a .316 ISO, and even has a BB% of 10.1 percent. If you like old school numbers, here is his slash line for the month: .291/.371/.608. He had a small injury scare earlier this week, but was back in the lineup just three days later. In the two games since his return, he hit three of this month's seven home runs.

While his BABIP of .333 is high this year, it was .362 in triple-A, and .390 in double-A the year before that. His biggest problem right now is a K% at 32.7 percent, and a swinging strike number at 17.1 percent. Springer has always struggled with strikeouts in his career but, even knowing that, his numbers shouldn't stay that high all season.

While those numbers are certainly from a small sample size, Springer's reputation makes him worth keeping an eye on.