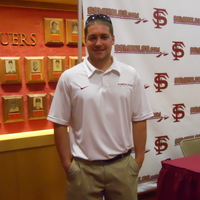 After another stellar performance Tuesday night, I think the time has come to pose the question: Is Jake Arrieta the real deal? And if so, why isnâ€™t he getting any love from fantasy owners?

As we are inching closer to the midway point of the regular season, all the hype and hoopla around the Cubs rotation has embodied Jeff Samardzija and Jason Hammel, and whether or not they will be moved before the upcoming trade deadline. In turn, Jake Arrietaâ€™s dominance has seemingly gone unnoticed, until last night when he took a perfect game bid into the seventh inning against the Reds.

Before we jump into Arrieta and how he has blossomed into one of the Cubs best arms this season, it should be noted that, since his arrival in the Windy City, he's been winning, and winning at a shockingly high rate. We rightfully discredit wins as a category for starting pitchers, but how can we ignore freakishly good pitching that continues to cover up an egregious offense?

Arrieta played his collegiate ball at Texas Christian University, and was selected by the Orioles in the fifth-round of the 2007 draft. He was always heralded as a top 10 pitching prospect in the Oâ€™s organization, however, his transition to the Majors has been anything but seamless. He bounced back and forth between the minors and the bigs for six seasons before being shipped to the Cubs last July.

Before the move, he threw 23.2 innings at Camden Yards in 2013, and was lit up like the Fourth of July. Granted, he was pitching at a hitters park in the AL East, but that wonâ€™t even remotely excuse his 7.23 ERA and 1.77 WHIP.

On July 2nd, the Cubs sent Scott Feldman and Steve Clevenger to Baltimore for Arrieta, a 27-year-old right-hander at the time, and reliever Pedro Strop.

Arrietta was immediately sent to Triple-A Iowa after the trade until he was called up to debut for the Cubs at the end of July. He posted decent numbers to close out the season (3.66 ERA; 1.12 WHIP), numbers that ended up earning him a spot in this yearâ€™s rotation.

Arrieta was set back by a shoulder injury this spring, and didnâ€™t draw his first start until May. So far, heâ€™s averaging less than six innings per start, which is indeed an issue for potential fantasy owners. But this is most likely due to the Cubs closely monitoring his pitch count to start the season. In six of his last seven outings, heâ€™s went six-plus innings, so it appears they are beginning to loosen his leash.

So how do we make sense of the late-bloomer and where in the world did these ace-like numbers come from?

The success of his secondary pitches has been the difference maker this season, especially his improved cutter, which he is using three times more than he did last year (21.2% in 2014; 6.1% in 2013). It was reported that he began experimenting with the pitch last season, and then fine-tuned it over the off-season.

As far as the effectiveness, his cutter runs above average (wCT) has climbed from -1.2 last season to 4.6 this season. That mark of 4.6 ranks his cutter fifth in the Majors this year, only behind Wainwright, Kluber, Bedard and Price.

In comparison to last month, he has doubled the usage of his cutter in June. And his accuracy has simply been incredible, readily locating the pitch in the lower half of zone. Simultaneously, itâ€™s enhanced his ability to locate his other off-speed pitches as well.

Take a look at how the increased usage of his cutter in June has affected his numbers:

In his last four starts, heâ€™s spun two scoreless outings, a one-run outing and a two-run outing in recording three wins for the Cubs. Heâ€™s averaged nine punch outs, less than one walk, and 6.2 innings per start.

Since weâ€™re attempting to measure him against the front of the Cubs rotation, itâ€™s only right that we evaluate how Samardzija and Hammel have fared each month.

The only real takeaway from the splits is that while Arrietaâ€™s performance is currently trending upward, both Samardzijaâ€™s and Hammelâ€™s have been repelling in the opposite direction as of late, which is quite ironic since theyâ€™re the hurlers most shoppers have been inquiring about.

Well, it wouldnâ€™t be fair if we didnâ€™t look at the entirety of their 2014 numbers and rank each metric accordingly. This will give us a better overview for making an assessment of their first half production and what their fantasy value is moving forward. No knock on Travis Wood or Edwin Jackson â€“ neither of whom rank in the top two of any of the following categories â€“ but if we are analyzing the frontline guys of the Cubs staff, I think itâ€™s best suited if we stick to Arrieta, Samardzija and Hammel.

The only categories Arrieta doesnâ€™t rank first are wins above replacement (fWAR), a calculation that represents how many wins a pitcher adds to his team over a replacement level player, and our numberFire Efficiency Rating Derivative (nERD), our own metric that measures how many runs a pitcher prevents compared to the league average per game. Both of which are counting statistics, and are dependent on the total number of innings pitched â€“ which reflects why Arrietaâ€™s numbers donâ€™t quite stack up.

To best predict if he can maintain his current level of success, letâ€™s take a closer look at his ERA estimators. Arrieta hasnâ€™t thrown enough innings to technically qualify as a league leader, but for the sake of comparison, here are where his metrics rank among pitchers who have thrown a minimum of 50 innings:

Let those rankings sink in quick before we move on.

57 innings may be a smaller sample than we would like to examine. But working with what weâ€™ve got, his estimators back up everything heâ€™s done this season, and accompany him in a deck full of proven aces â€“ Cueto, Hernandez, Sale, Strasburg, Tanaka, Fernandez, Greinke, Kershaw, and Price â€“ an elite group that consists of the only pitchers ahead of Arrieta in ERA, FIP, xFIP, or SIERA. Exclusive company.

That looks like icing on the cake to me, but unfortunately, itâ€™s not quite that simple. The law of averages suggests that we should take these statistics like a shot of tequila, with at least a grain of salt. As much as Arrietaâ€™s numbers scream for ace consideration, seeing that heâ€™s already 28 years old and has no track record of success, I canâ€™t help but wonder if maybe heâ€™s just on one hell of a hot streak.

Most sabermetricians would attest that season-ending statistics rarely deviate far from a playerâ€™s career average, but Iâ€™m not so sure that we could classify Arrietaâ€™s two-month showpiece as an aberration. The move to the National League, coupled with the addition of his progressing cutter, exemplify something greater than him being in a â€œtemporary groove.â€

Either way, heâ€™s a must-own in all fantasy formats at the moment. In daily leagues, when heâ€™s on the hill, Iâ€™d get in on the bargain while heâ€™s still underpriced. Iâ€™m not saying heâ€™s going to carry your squad to the promised land, but if he can continue to reproduce anything close to what heâ€™s done over the past month or so, we might as well let him try. Realistic expectations see his stats normalizing to the tune of a mid-to-low-three ERA for the remainder of the season â€“ still pretty good for someone who was an afterthought on draft day.

The market around the league for frontline guys is growing by the day, and if playoff contenders cash in on Samardzija and Hammel â€“ as it appears they will â€“ look no further than Arrieta to continue his dominance and take the throne as King in the North Side.

Milwaukee, It's Time to Move on from Marco Estrada

Why Jeff Samardzija is Worth a King's Ransom

Who Does Bill James Think Will Win the College World Series?