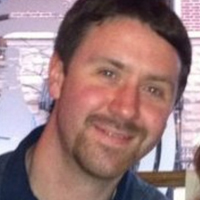 Today I want to take a look at strand rates, or Left On Base (LOB%), and see if we can learn anything that can help you manage your fantasy baseball roster more effectively down the stretch. I researched this earlier this season, right around the time more major pitching statistics were reaching their stabilization rates. Weâ€™re way past that now, which makes it easier to highlight players that are over or under-performing here.

LOB%, as you may have guessed, measures the percentage of base runners that a pitcher strands on base over the course a given time period. This stat does not use the left on base numbers reported in box scores, but instead is calculated using a pitcherâ€™s actual hits, walks, and runs allowed results. It looks like this:

Most pitchers have LOB percentages around league average (which is 73% this season, but varies slightly from year to year), and pitchers who deviate from the average tend to see their numbers regress towards the mean in the future. In other words, if you see a pitcher with a 60 LOB%, theyâ€™re letting more runners score than their FIP would indicate, so their ERA will be higher. The odds are that they will strand more runners in the future and lower their ERA.

Extreme variances from the major league average can be interpreted as luck taking effect, but itâ€™s just as likely that bullpen support, defense, or a pitcherâ€™s natural tendency is responsible. A pitcherâ€™s comfort level with the windup versus the stretch can impact his strand rate as well. Itâ€™s important to note that not all pitchers will regress toward the league average, though: high strikeout pitchers, like Clayton Kershaw and Chris Sale, have been shown to have some control over their LOB%. Pitchers that record a high numbers of strikeouts can pitch their way out of jams more easily than pitchers that rely upon their teamâ€™s defense, so they're able to maintain LOB%s higher than league average.

Also, if a pitcher is replacement level, itâ€™s likely that their true-talent LOB% is below league average, probably in the 62%-66% range. Missing bats are a huge piece to this equation. By using LOB% in conjunction with others stats, specifically BABIP and K-rate, itâ€™s possible to get an idea of if a pitcher is under or over-performing and if regression is heading his way.

Iâ€™ll start with Doug Fister because of all the pitchers on this list, he worries me the least. He missed some time to start the season, so he technically doesnâ€™t qualify yet based on innings pitched, but Fister has been an upgrade to an already strong Nationals rotation. The numbers donâ€™t lie though. His already low career strikeout rate has dipped even lower this season to just 14.8%, despite the advantage of moving to the National League. He doesnâ€™t walk anyone, which will keep his WHIP down, but the ball is in play too often for him to sustain his .269 BABIP. His 3.88 FIP tells a different story than the current 2.69 ERA. I donâ€™t expect him to implode, but heâ€™s not a must-start either.

Danny Duffy (80% LOB%) has been a pleasant surprise to both Royals fans and fantasy owners. He started the season in the bullpen after losing a spring battle for the last rotation spot to Yordano Ventura, but injuries gave him an opportunity to start in early May. As a starter, his K% is just 18%, and his BABIP is .231. Add in his higher-than-average walk rate, and Duffyâ€™s 1.08 WHIP is a candidate for major regression in August and September.

An extreme fly-ball pitcher like Chris Young will typically carry a fairly low BABIP. Most fly balls that donâ€™t leave the yard get caught. He gives up fewer grounders, and in turn, less â€˜seeing-eyeâ€™ singles. With that said, Youngâ€™s 84.5% strand rate is nearly 10% higher than his career mark. Heâ€™s never been a big strikeout guy, but his 15% K-rate and 5.6 strikeouts per nine innings is a career low. Iâ€™m pleased to see most have resisted the urge to add Young to their fantasy teams, as heâ€™s readily available in nearly two-thirds of all leagues.

I recently wrote about Alfredo Simon (82.7% LOB%) as a second half sell, and Iâ€™ll continue to beat that drum here today. Itâ€™s important to note that Simon has already exceeded his career high in innings pitched, and after throwing just 87 last season, asking him to throw 180-200 innings this season is a big ask. Then you pop the hood and it gets even uglier. The BABIP-against for Simon is .245, and will continue to grow. His strikeout rate is dipping in the second half as well, down to just 15.9%. Iâ€™m amazed that heâ€™s been able to pitch this successfully in terms of fantasy scoring. His 12 wins, 2.86 ERA and 1.10 WHIP would be difficult to pass up if itâ€™s on the waiver wire, but thatâ€™s exactly what you should do.

Josh Beckett makes this list, but with an asterisk. His 86.6% strand rate is the highest in baseball among pitchers with at least 80 innings pitched. Also, his .237 BABIP-against is the fourth lowest total, and more than 50 points lower than his career average of .288. Beckett has bumped up his strikeouts over seasons past, and his 23.1% is his highest total since 2008. The strikeouts are good to see, but the extreme underlying stats referenced at the top make it hard to trust Beckett. The ERA/FIP split, 2.74/4.29, gives us a better idea of what to expect the next two months.

All or Nothing: How the Baltimore Orioles Found Success