â€‹Where Do the Surging Celtics Stand in the Eastern Conference Hierarchy? 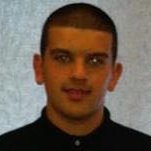 After signing center Al Horford in the offseason, the Boston Celtics gave their fans a bit more hope and expectation leading into the season, but nothing was guaranteed.

Could they give the Cleveland Cavaliers a run for their money? Or are they just closer to beating the Toronto Raptors?

The Celtics have found themselves winners in 11 of their last 15 contests. Some of the more notable wins have come against the Charlotte Hornets, Memphis Grizzlies (twice), Indiana Pacers, New York Knicks, Utah Jazz, and Washington Wizards. The losses have come against the Raptors, Cavaliers, Oklahoma City Thunder, and San Antonio Spurs.

So, where do they really stand?

As currently constructed, the Celtics appear to be placed appropriately when it comes to ranking teams in the East. Itâ€™s the Cavaliers, then Raptors, then everybody else, with the Celtics being the best of the rest.

The Celtics simply donâ€™t match up with the Cavaliers as currently constructed, but they have the pieces to make a championship more realistic if they could land another star big man.

Although they have many quality defenders to throw at Kyrie Irving and LeBron James, they do not have anybody who can defend Kevin Love and fight on the boards with Tristan Thompson.

They will undoubtedly need to fix up their rebounding problem if they have any hopes of keeping a series close with the Cavs. They currently rank 25th in rebounding in the NBA.

Currently, the Celtics are 0-2 in the season series versus the Raptors, but they look to have all the right pieces in potentially giving them a battle in the playoffs.

Leading the way for the Celtics is star point guard Isaiah Thomas, who is currently having the best year of his career. Averaging 28.2 points per game, Thomas ranks first among Eastern Conference point guards in points per game. Thomas also ranks 12th in the NBA in total win shares with 5.9, which is 0.1 behind James and 0.1 ahead of Anthony Davis.

Thomas also leads all Celtics starters with a 26.8 Player Efficiency Rating (PER). The next closest Celtic is Horford with a 19.0 PER, and league average is, of course, 15.

Horford has also been playing right around what people should have expected. Horford is averaging 16.0 points, 6.9 rebounds, and 1.9 blocks per game, all around career averages for the 30 year old center. One jump Horford has seen with his move to the Celtics has been the assists per gaming going from 3.2 per game to 4.9 per game.

This new total would be a career high for Horford and can be attributed to more talent around him and coach Brad Stevensâ€™ offensive system.

All this can change in the blink of an eye if the Celtics are able to swing a trade for one of the young superstar big men who could potentially be up for trade.

The Celtics arguably have the best trade assets of any team in the NBA, owning their own first-round picks in 2018, 2019, and 2020, the rights to swap picks with the Brooklyn Nets (who are currently projected for the top spot in the NBA Draft lottery), the Nets' first-round pick in 2018 (which is projected to be top-five yet again), and the first-round picks of the Grizzlies and Los Angeles Clippers in 2019.

In addition to the plethora of picks the Celtics have, they can also offer Jaylen Brown (the third pick in 2016 NBA Draft), Terry Rozier, and Jordan Mickey, who all present their own potential upside in the NBA.

If a player such as DeMarcus Cousins or Anthony Davis become available, the Celtics would become clear frontrunners to land such a player, and if they were to do so, they would immediately vault to the first tier in the East, challenging the Cleveland Cavaliers as potential NBA Champions.