Rudy Gobert Has an Opportunity to Join a Very Exclusive Club 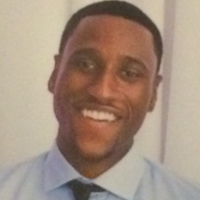 Wayne Parris  —  @@UncleWeezley Mar 31st, 2017
Share on Facebook Share on Twitter
The man they call the Stifle Tower has enjoyed a tremendous season. If he keeps up his current pace, he'll be rubbing elbows with some Hall of Famers.

When talking about the top big men in the NBA today, there are always a few names that roll off the tongue before some others.

Players like Anthony Davis, DeMarcus Cousins, Karl-Anthony Towns and even a young Myles Turner are getting a lot of attention. One big man who has the ability to fly under the radar despite his enormous size is Utah Jazz center Rudy Gobert.

He's doing a pretty good job of getting the attention of people thanks to his stellar 2016-17 season. While he's deserving of a spot on the All-NBA team, he's also on his way to joining an incredibly unique club.

Although Gobert and the Jazz don't get a ton of national press, the 24-year-old Frenchman is making his presence felt on a nightly basis by averaging 13.8 points, 12.9 rebounds and 2.6 blocks per game. If he can keep up his current pace, he could become the first Jazz player ever to score 1,000 points while also collecting 1,000 rebounds and 200 blocks in a single season.

No, Karl Malone never accomplished that feat with the organization.

What's the significance of joining the 1,000/1,000/200 club, though? It's mostly a big deal because of the players who are currently members.

Since blocks have become an official statistic, only 11 players have accomplished this, and 10 of them are in the Hall of Fame. Dwight Howard would be the only club member not in the Hall of Fame, but he could very well end up earning that honor once his career is finished.

Kareem Abdul-Jabbar, Shaquille O'Neal and Hakeem Olajuwon distinguish themselves from this already exclusive group since they've reached these benchmarks in at least three different seasons, while Howard, Elvin Hayes, Tim Duncan and David Robinson have each done it exactly twice.

How realistic is it for Gobert to gain entry here? With just seven regular season games left, he has 1,023 points, 957 rebounds and 193 blocks. With one category already in the bag, he only needs 6.14 rebounds and just 1.0 block per game the rest of the way to make this happen.

Earning one of the top seeds in the Western Conference is no joke, but the Jazz are currently holding onto the 4 seed as the regular season winds down. A lot of this has to do with their team defense, which has posted a defensive rating of 102.3. That only trails the Golden State Warriors and San Antonio Spurs for the NBA's best.

A lot of this success has to do with their 7'2" anchor, too. He's blocking 6.3% of shots from opponents, which leads the league. Unsurprisingly, his 2.6 blocks per game are also tops in the NBA, while those 12.9 rebounds per night of his are fourth best.

While Utah has a playoff spot, jockeying for the best possible position down the stretch is very important, but that's also when Gobert has stepped up the most. In the past 14 games he's played, the Jazz are 10-4 and he's averaged 17.4 points, 13.7 rebounds and 2.9 blocks during that time.