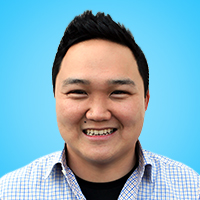 Jay Kim  —  @ThirtyDimes Apr 5th, 2017
Share on Facebook Share on Twitter
Thomas Robinson has played well filling in for the hampered Lakers. Which other low-cost options are in a good spot for Wednesday's NBA DFS action?

One of the keys to finding success in daily fantasy basketball is uncovering potential value plays. If you're looking to roster a stud player or two, you need to consider squeezing in one of these lower-priced options into your lineup.

Let's take a look at five players who can help fill in the gaps in your lineup.

Patrick Beverley is coming off a gem of a performance sans James Harden, as he posted a career-high 26 points while adding 9 assists and 8 rebounds. Over his last three games, Beverley has chipped in averages of 15.3 points, 6.3 rebounds, and 4.7 assists in 32.8 minutes. He has professed his feelings about resting, so expect Beverley to continue giving it his all.

He owns the best defense-versus-position matchup at his position on Wednesday, and also has the third-highest projected value among all point guards.

It's been a rocky year for Josh Richardson, but he's looking to end it on a high note. Over his last five games, he has contributed on both ends of the court by putting up 10.8 points, 3.2 assists, 2.0 steals, and 1.8 blocks in 34.2 minutes. Richardson will remain a worthy DFS option as long as he continues to log heavy minutes for his defensive efforts.

According to our tools, he's trending as tonight's hottest shooting guard, playing 100.93% above his season average in terms of fantasy points per night over the last five games.

Matt Barnes continues to play serviceable minutes, as he's averaging 20.8 minutes since becoming a member of the Golden State Warriors. On the second night of back-to-back games, Barnes has averaged 7.0 points, 6.5 rebounds, and 4.0 assists in four contests as a Warrior.

Barnes boasts the highest projected value among all small forwards on tonight's schedule. At near-minimum salary, he is worth considering as a punt option.

With both Ivica Zubac and Timofey Mozgov shut down for the remainder of the season and Tarik Black being listed as questionable, the Los Angeles Lakers have looked to Thomas Robinson to help with the heavy lifting underneath the hoop. Robinson has been efficient over his last three games, as he's only logged 18.8 minutes but has recorded 13.3 points, 7.3 rebounds, and 1.0 steal.

According to our tools, Robinson is trending as tonight's hottest power forward, playing 69.14% above his season average in terms of fantasy points per night over the last five games. In what could be a potential blowout loss versus the San Antonio Spurs, Robinson could see an uptick in production if given extra minutes.

With two days of rest, Nene Hilario should see a healthy amount of minutes versus his former team, the run-and-gun Denver Nuggets. Though having recorded one of his least-productive seasons in his career, the veteran has been efficient with per-36 averages of 18.1 points, 8.5 rebounds, 1.7 steals, and 1.2 blocks in a backup role.

Nene has the fifth-highest projected value among all centers on Wednesday's slate. He has nearly split minutes with Clint Capela over his last two games and has put up 15.5 points and 6.0 rebounds during that span.