World Cup Betting Guide for Thursday 12/1/22: Can Germany Convert as a Huge Favorite Over Costa Rica?

How Important Was Ray Allen to the Celtics' 2008 Title Run? 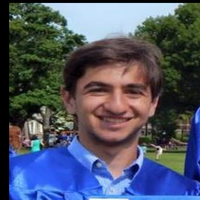 Jonathan Bell  —  @bell_strong May 11th, 2017
Share on Facebook Share on Twitter
With the public feud between Allen and other members of the 2008 team, let's see just how important Allen was to that title-winning squad.

On Monday, Kevin Garrett hosted an impromptu reunion of the 2008 Boston Celtics championship team on his show Area 21. Alongside Garnett were Paul Pierce, Rajon Rondo, Kendrick Perkins and Glen Davis. Coach Doc Rivers even called in for a segment, much to the disdain of Big Baby, who has publicly called out Rivers about his lack of coaching skills.

Yet one face was noticeably missing from the reunion -- NBA three-point king Ray Allen.

After a heartbreaking seven-game loss in in the 2012 conference finals to bitter rival LeBron James and the Miami Heat, Allen did the unthinkable and joined the enemy. He signed with the Heat despite being offered a similar role and more money with the Celtics.

This was the start of what's become a highly-publicized feud between the Area 21 gang and Allen, and the two sides reportedly havenâ€™t been in contact since the moment Allen left the team for Miami.

Given this rift between players off the court, I decided to do some on-court investigation into the numbers of the Celtics' 2008 title run in an effort to determine just how important Allen was to Boston bringing home banner 17.

To do that, we can use a number of statistics, including our nERD metric. For those of you new to numberFire, nERD measures the total contribution of a player throughout the course of a season, based on their efficiency. The league average is 0. Similar to win shares, this ranking gives an estimate of how many games above or below .500 a league-average team would win with that player as one of their starters.

As far as nERD goes, the results are pretty much exactly what youâ€™d expect. Garnett and Pierce led the Câ€™s with nERD scores of 17.4 and 13.8, respectively. Allen was definitely a key cog, though, as he came in right behind with a nERD of 9.7 -- with Boston's next-best player checking in with a nERD of 5.7.

The regular season on/off splits back this up, as well. As shown in the table below, with Allen on the floor the Celtics experienced dramatic increases in effective field goal percentage (eFG%), offensive rating (ORtg) and a decrease in turnover percentage (TOV%).

None of this is surprising. Allen was clearly a key piece to the Celtics' offense, providing the shooting and floor spacing they needed.

However, investigating the 2008 playoff splits is where it gets interesting. One would expect that these ratios would stay essentially the same, maybe a few minor differences here and there, but the stats should show that Allen was also critical to the Celtics finals run. But they donâ€™t.

Instead, they show something completely different. In the playoffs, with Allen on the floor the Celtics had a slightly worse offensive rating and effective field goal percentage instead of the huge increases observed in the regular season. While the effective field goal percentage and the offensive rating aren't significantly different during the playoffs themselves in regards to Allen's splits, the differences between the regular season and the playoffs certainly are.

None of these stats seem to point towards the regression the Celtics experienced on offense during the playoffs (as compared to the regular season) with Allen on the court.

In playoffs after the 2008 season, Allenâ€™s stats confuse further as he actually increased in value in subsequent seasons. In 2009, with Allen on the court in the regular season, Boston experienced an increase in offensive rating of 8.7 points. In the playoffs, it was 11.5. In 2011, he was responsible for an increase of 22.5 points per 100 possessions in offensive rating during the playoffs, compared to 10.2 in the regular season.

On the Other End

An interesting wrinkle to look at is Allen's defensive numbers. In addition to his shooting, Allen was also giving Boston a big lift defensively.

With Allen on the floor in the postseason, Boston was an incredible 8.7 points better on defense, only giving up 100.8 points per 100 possessions. Again, that blew away the league average, which was 107.4 for the playoffs.

That 8.7-point difference was the same clip registered by Garnett, who was the 2008 Defensive Player of the Year, in the playoffs.

Relative to His Teammates

To provide comparison against other key Celtics contributors during their playoff run, I looked into the on/off court splits for fellow members of the big three Pierce and Garnett as well as starting point guard Rondo.

So what happened in 2008 that made it such an outlier? The answer seemingly canâ€™t be found in the on/off court splits, but maybe it can be found by using some common sense (and of course, some more stats).

Garnett and Pierce were more capable than Allen of creating offense by themselves at this point in their careers; Allen was more relegated to the role of spot-up shooter, especially in the postseason. During the playoffs, 92.7% of Allen's three-point makes were assisted as compared to only 80.6% during the regular season. Allen still could have made a positive impact on the game offensively, but his different role may have made it seem like he was less effective than he actually was.

In general, Ray Allen has always been a great playoff performer. After all, he hit one of the most memorable shots in NBA history.

Regardless of the offensive rate and the team effective field goal percentage observed in the on/off splits, it's clear that Allen was key to the Celtics title run.

He stepped it up on defense and still shot the ball extremely well. In fact, his individual 51.6 effective field goal percentage during the 2008 playoffs was actually one of the top-25 shooting performances in postseason history, among guard with at least 300 attempts, per Basketball-Reference.

Perhaps the 2008 splits were a fluke or perhaps the team just happened to perform worse around Allen when he was on the floor, but either way, the disparity between the regular season and the playoffs is certainly intriguing.

NBA Betting Guide for Wednesday 11/30/22: Trusting the Betting Trends in the Jazz-Clippers Game