How the New York Knicks Became a Surprise Playoff Contender 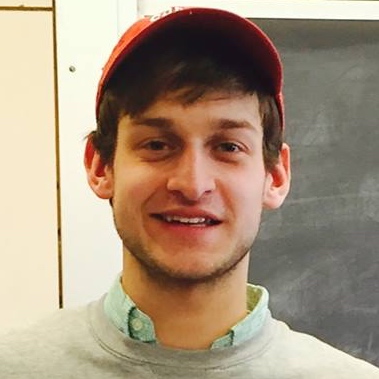 A year ago, the Knicks were floundering.

They sat at a dismal 5-33, mired in a losing streak that would hit a franchise-worst 16 consecutive games.

New York had just shipped off two of their best guards to Cleveland for spare change. Carmelo Anthony hadn't yet been shut down for the year, but he was still battling a knee injury that would end up causing him to miss 42 games as the Knicks tanked their way to a 17-65 record, a franchise record for losses.

Fast forward a year, and New York has miraculously already won more games (18) than the team did all season last year.

Two games behind the Boston Celtics, the Knicks are in a place few predicted: battling for a playoff spot. So how did this happen? Let's take a look.

New York's offseason was full of small moves, none of which made major ripples. As usual, the Knicks were in the hunt for the top free agents but came up empty, watching Greg Monroe opt for the youth and promise of Milwaukee over the allure of the bright lights of New York.

While originally tied to rumors with LaMarcus Alridge, the power forward cancelled his meeting with the Knicks after New York allegedly wanted him to play center. The Knicks even made an attempt at signing DeAndre Jordan.

Despite missing out on the marquee names, between a couple of under-the-radar moves and the draft, New York may have been the biggest offseason winner.

Perhaps the most impactful player the Knicks added has to be the Latvian Sensation, Kristaps Porzingis. Drafted as a project, Porzingis has proved to be worth his fourth overall selection early on in his career. The power forward currently has the best Plus/Minus on the team, according to NBA.com. Although he's slowed of late, Porzingis is still in the top-three in points and rebounds per game among rookies, while leading his team in rebounds.

He also leads the Knicks in blocks and is a huge reason why the Knicks have improved their defense from 22nd in the league to 11th in terms of points surrendered per game. According to NBA.com, opponents shoot a full 11.2 percentage points worse on shots within six feet when Porzingis is defending them. This remarkable stat puts Porzingis ahead of notable rim defenders such as Hassan Whiteside and Rudy Gobert. In fact, among all NBA players who have defended at least four such shots per game, only Andrew Bogut ranks better.

Another surprising defensive addition for the team is Robin Lopez. The center sits a few spots behind Porzingis for rim-protection, according to this metric, but his -10.2 percent differential still ranks above Whiteside and Gobert. Lopez has started every game for the Knicks and is averaging 8 points per game while dishing out a career high 1.7 assists per game. While his scoring may be off the mark from his numbers in previous seasons, he's proving to be a reliable, efficient center that the revolving center trio of Samuel Dalembert, Andrea Bargnani and Cole Aldrich never were.

In the backcourt, the Knicks signed Arron Afflalo, a deal that many saw as a value move for a struggling veteran. Afflalo has exceeded expectations so far. The shooting guard has shot 48% this year, while averaging 13.8 points, good for second in points per game on the team. His shooting percentage is his highest since 2010-11. About a quarter of Afflalo's shots come on spot-up jumpers, and he's been efficient with these attempts, shooting 43.8% and averaging 1.11 points per possession, tying him with top wings like Gordon Hayward and Klay Thompson. All of Afflalo's skills were put on display on January 3, when he scored 38 points against the Hawks, shooting 14 of 17 from the floor, including 7 of 8 from beyond the arc.

Another important player for New York has been Derrick Williams. The fifth-year forward has actually been the best player on the Knicks, according to our nERD metric, despite not starting a single game. Even though he's averaging a career-low in minutes, Williams is arguably having his best season since being drafted second overall in 2011, sporting career highs in Offensive Rating (113), PER (19.0) and True Shooting Percentage (55.1%).

In fact, only Carmelo Anthony is averaging more points per 36 minutes on the team. While he's seen his workload decrease this season compared with other years, he's recently seen his role in the offense increase, posting point totals of double digits in six of his last eight games after topping 10 points just five times in his first 28 games in 2015-16.

That Was Then; This is Now

It's more than just the new additions that have helped spur the Knicks' turnaround. New York's seen a positive turnaround from a couple of notable players.

Jose Calderon is one such player. His scoring per game has actually decreased (from 9.1 last year to 7.6 this year), but he's doing it much more efficiently, converting 48.8% of his shots, much better than his career-worst 41.5% last year. He's also seen a 17-point uptick in his Offensive Rating and an increase of almost fourfold in his Win Shares per 48 (.033 to .121), both stats according to Basketball-Reference.

Rounding out the starting five is, of course, Anthony. There hasn't been a huge change in his performance from last year; some would even say he's dropped off. He's averaging 2.5 fewer points per game while shooting about a percentage point worse. His assists per game is the highest since he joined New York, but most of his other stats, including PER and Win Shares per 48, are in line with his career averages. Predictably, with him on the floor the Knicks are a better offensive team, scoring 1.081 points per possession with him playing versus .999 with him on the bench. But a similar trend could be found last year. Anthony's playing well this year, but he's certainly not driving the team's improvement.

A year ago, the Knicks' current record of 18-19 would have New York sitting in seventh in the East, a healthy two and a half games ahead of ninth place Miami. But this year, the East has been remarkably strong, and the Knicks are a game and a half out of the playoffs. New York's had a couple of strong performances this year, including a defeat of Oklahoma City and recent back-to-back victories over Atlanta.

If Porzingis can break through the rookie wall and Lopez is able to continue providing his surprisingly strong defensive presence, then New York may be in a good position to make a return to the playoffs for the first time since 2012-13.

If Anthony and Afflalo can keep scoring the basketball efficiently and Williams and other bench players like Langston Galloway and Lance Thomas can keep providing valuable bench minutes, the Knicks may steal the 6 or 7 seed and make some noise in the postseason.